Big books scare me. There, I said it. When I went to collect this guy off the hold shelf at the library I immediately started to panic as I attempted to stuff the massive hardcover into my backpack. Over 500 pages? But, but what about all the other books I need to get to? I thought, mind flashing to the precariously towering TBR pile waiting for me at home. (Okay, maybe it wasn’t quite that dramatic). Bottom line, this is a long book, and I think that’s the main reason I had issues with it. Not because it was lengthy in and of itself, but because it didn’t need to be that long.

The story starts with Toby, grabbing some drinks at the pub with his pals, expositionally (if that’s not a real word, it should be) thinking about his girlfriend Melissa and some concerning work drama he has been dealing with, and then heading home for the night where he is ambushed by two thieves. Toby never recovers fully from the attack. The once popular, charming (a little too charming if you ask me), and attractive jock is now left with a drooping eye and a muddled mind. Instead of going back to work, he ends up moving to the Ivy House to be with his Uncle Hugo who is dying from a brain tumor. Toby spent his childhood summers running up and down the halls of the house with his cousins Suzanna and Leon, the closest things to siblings he has ever had.

One day, as Hugo calls a meeting with the adults in the extended family during one of their weekly Sunday dinners, Suzanna’s children discover a human skull hidden in the Witch Elm in the garden. And so our story really begins. Several hundred pages in. Why, oh why, could this not have happened much, much earlier? From there the narrative takes off with the investigation into the skull, and eventual discovery and identification of an entire skeleton of a boy who disappeared the summer after Toby and his cousins finished high school. Even though the story becomes much more dramatic in the second half of the book, it was still slow-going. Toby continuously bounces between wanting to incessantly badger his cousins about what happened that summer (due to his attack, his memory is very spotty), and being too befuddled to do much of anything except putter around the house with his uncle. It got a little too repetitive for me. I absolutely adore Tana French’s writing style. Her descriptive language is like nothing I have ever read before, and I was consistently pausing to jot down phrases she used because they were so lovely, interesting, or visceral. That being said, I could have used a fast forward button at some points.

My favorite section of the book was near the end, as Toby gets closer and closer to uncovering the truth about the disappearance. When we were finally getting answers, in the form of straight up, unencumbered narrative, I couldn’t look away from the text. I never guessed how the investigation was going to end, or who was responsible for the killing, and finding out the details alongside Toby had me biting my nails. That being said, I wish the story had ended there, or shortly thereafter. Instead, Toby has one final spurt of violence and (major spoiler alert!) kills the investigator who was looking into the attack. Much of the story focuses on what a stand up (if not oblivious) guy Toby is, and he takes a lot of time trying to convince himself he couldn’t have been responsible for a murder, but not really being sure. As a reader, I was relieved that it wasn’t him, so to have him turn around and kill someone was frustrating. He and I had just convinced ourselves (through pages and pages of investigation and introspection) that he was not capable of murder, so having him suddenly do exactly that made all those pages seem kind of pointless. 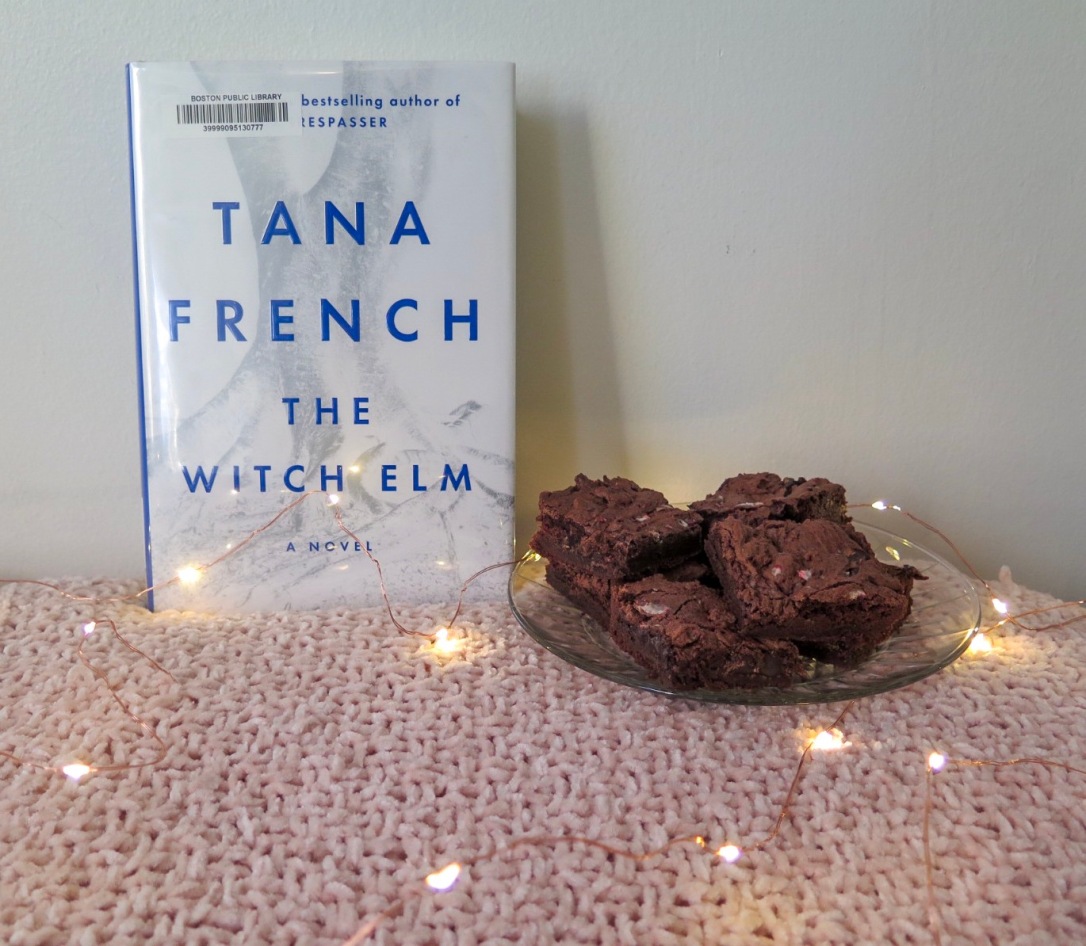 This book gets a three and a half star rating for me. I loved French’s writing enough that it really elevated my enjoyment of the story, and the plot held me captivated once it got going. The ending, however, was not satisfying, and the book could’ve used a few significant chunks omitted to streamline the narrative. These Candy Cane Brownies get a five star rating, though. Not only did they help me use up the obscene number of candy canes I had left over from the holidays, they were also incredibly decadent. Consisting of two full chocolate bars surrounded by gooey brownie and crushed up candy canes, PLUS 6 ounces of melted chocolate in the actual batter, these guys are every chocolate lover’s dream.

Treat Your S[h]elf combines two of my favorite pastimes: reading and baking (and eating said baked goods…). Each post contains a book review with the occasional treat pairing. Enjoy!

**Please be aware that my reviews may include spoilers!**

🍪 = I didn’t even bother finishing this book

🍪🍪 = I didn’t like this book, but I finished it anyway